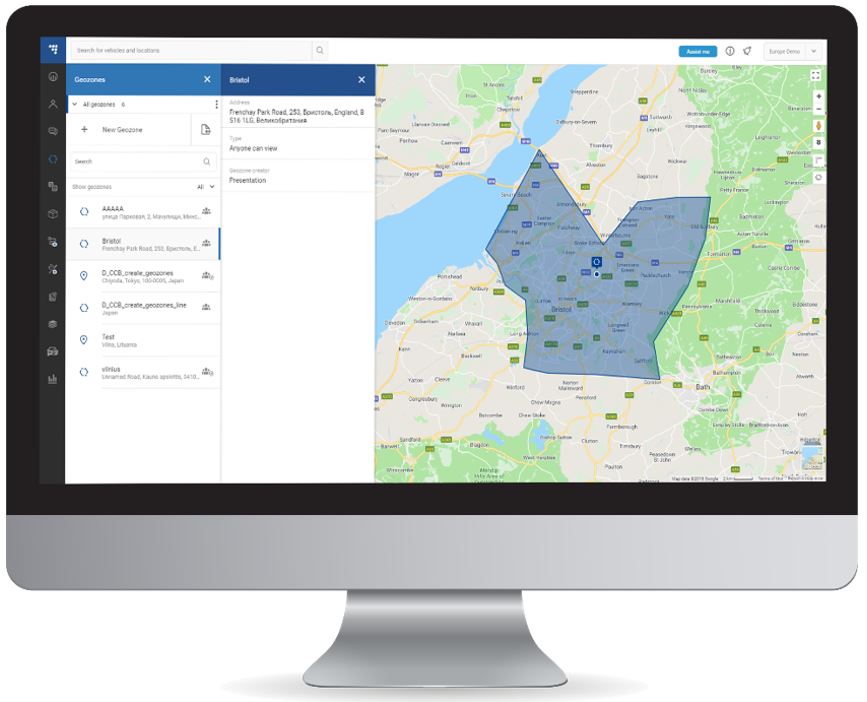 Telematics is conquering new markets. In Great Britain, such systems are already used by most transport companies.

This year, once again the British magazines ‘Commercial Motor’ and ‘Motor Transport’ have published a report “Tachos & Telematics” based on surveys conducted among 145 transport companies from Great Britain. The results demonstrated how British companies use modern technologies in their business.

According to this research, 79% of surveyed companies use telematics systems. This is an even better result than in the previous report published two years ago, where 69% of companies indicated that they used telematics. The vast majority, as many as 90% of telematics users highlight the benefits of using such solutions.

The authors of the survey asked the respondents about the specific functions of telematics systems, among other things. Almost everyone, 85%, named vehicle tracking as one of the key features. In addition, 69% of respondents stated that they benefit from monitoring driver behavior on the road, and a bit less, 61%, added that they use telematics to optimize fuel consumption. The respondents were also asked about another function – real-time tracking of the remaining driving time. 49% of the respondents indicated such function as very useful, another 30% said it is likely necessary. An interesting thread is a possibility of connecting telematics systems to tachographs in order to automate and remotely download data. Although, for example, in Poland most dispatchers praise this function and consider it one of the key features, only 45% of companies use it in the British Isles. It also turned out that the transport market is still dominated by telematics systems provided by specialised companies – their products are used by 76% of respondents, while the rest use systems that are pre-installed by truck manufacturers.

“79% of surveyed companies indicated that they use telematics systems. As many as 90% of the users confirm that they benefit from it.”

How do companies use the information obtained from telematics, if as many as 90% of them confirm that they benefit from it? According to the study, the most popular function is monitoring the vehicle’s position. This is basically the foundation of advanced systems, like JabbaTalk’s TrustTrack. This function allows the dispatcher (or other employee responsible for operating the program) to check the location of a  specific truck as well as to see what is happening with it. The matter may seem trivial – after all, isn’t it enough to use location sharing function in GPS systems? However, in advanced telematics, such as TrustTrack, monitoring is not limited to just marking a dot on the map. Thanks to the appropriate modules, you can also check what exactly is happening with the truck and the goods. For example, if you want to know about the condition of the goods, TrustTrack will give data on the conditions in the cold store change or whether the loading area door is opened. You can also view other information and statistics live, such as speed, driving on idle gear or fuel consumption. The question is – how do companies can benefit from this information? It is worth using this data as a basis for optimising the use of vehicles and trailers. Also, it can be used as a marketing element allowing you to provide an important customer with an insight into the delivery process of your company.

Both, in Europe and in Great Britain, one of the most important elements of telematics systems is fuel consumption control. It turns out that in almost all cases installation of TrustTrack allows for savings when refueling. After a short time of using the system, you are equipped with specific information on how much fuel a given truck needs in order to cover a specific section with a specific load in specific conditions. This significantly improves the expenditure planning process, as fuel costs in transport companies can constitute several dozen percent of all of the costs of running the business.

The ‘Commercial Motor’ and ‘Motor Transport’ surveys also revealed that dispatchers feel the need to control the behavior of drivers. However, this can be understood in two different ways: the need to know exactly how the driver is doing on the road, what is his driving technique, and, on the other hand, to get up-to-date information on working time, distances covered, or miles left to travel. Every small piece of information is beneficial for the company. Data on driving techniques can also be used for future savings – the implementation of appropriate regulations and encouraging drivers to drive more economically (this is possible, for example, thanks to the Eco-Driving module in TrustTrack). It would have a positive effect on fuel costs, as well as on the cost of operation of vehicles and trailers. In addition, the status of order fulfillment or working time is helpful when planning expenses for accommodation or meals.

The constant contact between the driver and the headquarters helps to effectively streamline the transport process. Employees equipped with telematics have instant access to the Internet, therefore, the workflow of documents in companies becomes completely different. Drivers can scan the relevant documentation at the point of loading or delivery of the goods and immediately send it to the right colleagues at the company. Dispatchers no longer have to wait for drivers to return from the route to check the compliance of the documents.

The report by ‘Commercial Motor’ and ‘Motor Transport’ proves why the number of companies using telematics is growing each and every year. It is clear that the vast majority of users see the benefits of it. Some companies are already pointing out that many drivers have become used to using telematic systems and the interest in working for companies who have implemented such systems is higher than for companies who do not have them. As a result, in the perspective of several years, investment in telematics in transport companies may determine their “to be or not to be” on the market.

Contact us today to find the right solution for your business.