UK consumers using their mobile phones in Europe will see reductions in their bills from Saturday. Further caps are coming into effect on roaming – or connection – charges within all 28 countries of the European Union (EU).

From June next year, roaming charges in the EU will be abolished completely.

The government said that those making calls, downloading data or texting would save millions of pounds in charges following the latest changes.

“Roughly a million Brits stay the night in Europe every day, and they spend around £350m a year on roaming charges,” said Ed Vaizey, the minister for the digital economy.

“So by realising these changes, we’re going to save British consumers millions of pounds a year.”

Consumers pay roaming charges whenever they connect to an operator based abroad. The charges are in addition to the cost of the call itself, and for short calls they can make up a large proportion of the overall fee.

The biggest reductions will be for people downloading data – such as emails, pictures or social media – where the roaming charge will be cut by about 75%.

Charges for outgoing phone calls will be cut by a similar amount. The charge for texting will be reduced by about 66%.

So whereas those making a phone call in Europe would previously have paid roughly 16.5p to get connected, they will now pay just 4p.

When the call charges themselves are taken into consideration, the government says the average total cost of a phone call should fall by more than half.

Not all customers will see a reduction, however, as some operators include roaming charges within special packages. 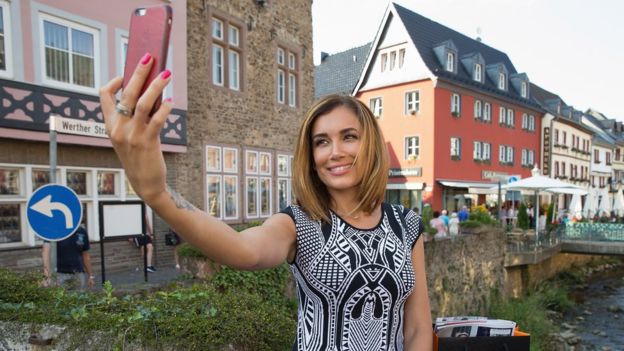 Mr Vaizey questioned what would happen to the roaming charge caps should the UK vote to leave the EU.

“I don’t know what would happen if we leave the EU, and that’s the problem,” he told the BBC.

The controls on charges are being introduced under an EU regulation – not a directive – which means they have not been specifically incorporated into UK law.

So if the UK voted to leave the EU, it could decide whether it wanted to keep them or not.

The Vote Leave campaign said the UK would be able to retain the price caps if it wanted to.

“These charges are being abolished across Europe and abroad. There is no evidence to suggest that they will go up if we vote leave,” said Matthew Elliott, chief executive of Vote Leave.