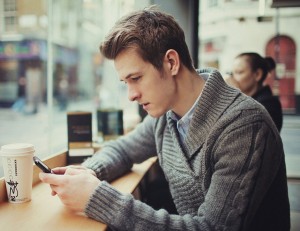 Traffic on mobile networks doubled in 2013, according to the latest research by Actix. Voice calls and indoor data usage rose significantly during the year, with data downloads and uploads more than doubling.

In research conducted into the busiest square kilometres of the Radio Access Network (RAN) on mobile networks around the world, Actix identified a doubling of data downloads in 2013, whilst uploads increased by 140 percent. Even voice calls grew by 16 percent – significantly less than data, but still double digit growth.

Failed calls increased by more than 50 percent whilst the number of dropped calls doubled year on year, demonstrating that networks are failing to cope with the increased volumes in subscriber demand. 25 percent of locations contributed around 80 percent of subscriber service issues, indicating that network operators should be able to identify and resolve the majority of issues by monitoring the RAN.

Neil Coleman, Director of Global Marketing, Actix says: “With more connections, increased voice calls and the doubling of data, 2013 was a year when mobile networks experienced more stress and loading than ever before. The networks are clearly struggling to cope as demonstrated by the jumps in the numbers of failed and dropped calls.”

The growth of indoor traffic creates a particular headache for networks, as outlined by Coleman: “It is notoriously difficult to deliver effective mobile coverage to subscribers indoors. As the trend to use mobiles as replacements for landlines continues, operators will need to revise their infrastructure strategy to cope, deploying more small cells in targeted areas.”

Mobile network operators can quickly identify and resolve more than three quarters of customer service issues. Actix One provides operators with real-time, geo-located data from the RAN so that they can quickly and effectively identify where networks are failing subscribers and optimize networks to deliver improved performance.

The research, conducted by Actix to understand more clearly the pressures on the Radio Access Network (RAN) – the critical part of the network that connects the mobile phone to the nearest antenna – analysed more than 100,000 devices being used on mobile networks during 2013. Actix recorded some 4,235,822 total data sessions as well as 85,452 voice and 56,712 combined voice and data sessions.